Socrates famously noted that “the unexamined life is not worth living.” But what exactly does an examined life require? It can involve us in questioning who we as individuals are, what our commitments are, whether our beliefs and commitments are worthy of being accepted. Since Socrates, the idea of an examined life has tended to be tied to an examination of our fundamental moral beliefs. But in alignment with the early Greek natural philosophers it entailed an examination of our beliefs about the natural world and ultimate reality as well. For Socrates — at least in deed if not word — it is also fundamental that we consider whether our priorities in our individual and social lives are rightly ordered.

Many of the most famous philosophers in the history of the discipline have been those who questioned the belief systems that they inherited and found wanting. They then went on to make new proposals for understanding our world and the philosophical issues under discussion as well as themselves.

We do all start our process of self-reflection with our inherited perspectives. We are born into a particular family and society and acquire our first views from such contexts — influenced strongly by our parents, our schools, the religious, civic and political authorities. There are always background assumptions in such contexts. One thing philosophers try to do is bring those background assumptions to light and examine them. Philosophers do so with the intention of clarifying concepts, providing a justification for beliefs and considering whether our priorities are well-ordered.

Some basic questions on belief and knowledge

A few basic concepts are important for such an examination. First, what is a belief? For beliefs are largely what we will examine. Second, how do beliefs relate to knowledge? For true beliefs have been the traditional goal of philosophers. Third, what is a warranted belief? For while the traditional philosophical goal of certain and absolute truth largely evades us, this more moderate goal, of warrented beliefs, may replace it.

A belief is a subjectively held view. We think that our beliefs are true, but some of them are and some of them are not. We start out our lives with beliefs espoused in our social environment. We acquire these beliefs, among other things, from our “knowledge communities.” In our society, we have established schools where knowledge from diverse academic disciplines is passed on: There we learn that 1+1+2. We learn that atoms  (or subatomic particles) are fundamental building blocks.We learn that organisms are comprised of cells. We learn that organisms evolve through history. From our households, churches, and political system, certain views of about morality and/or law are reinforced. We learn that certain religious views are or are not correct. In all of this, we learn how to learn. That is, we are taught by our communities fundamental approaches to knowledge questions that are deemed respectable.

Relative degrees of certainty and appropriate forms of justification

Aristotle already differentiated between areas, like physics in which we could have considerable certainty, and other areas, like ethics, where we have much less certainty. A bit of reflection should convince us of this: We will all agree, for example, that 1+1+2. We will all agree that all things are comprised of atoms. Yet, we are less likely to find agreement on some ethical statements, such as the view that abortion is morally wrong or capital punishment should be instituted. Not only do these different domains admit different degree of certainty, they also admit different standards of evidence from one another. A difficult question for ethics is what counts as the standard for evidence that something is right or wrong.

Sometimes we are taught that no evidence is needed for a some beliefs, but that we should just dogmatically embrace a set of ideas. This form of dogmatism is decidedly unphilosophic. Philosophy is characterized by seeking justifications for all beliefs.

When it comes to religious beliefs, no small children and few young adults have views that were not taught to them by their parents or guardians, or someone with whom they had a lot of contact as children. Most of those in the United States are Christians, born into Christian households. Yet it is clear that if they had been born in India, of Hindu parents, they would likely be Hindu. Some students, now adults, have examined beliefs they grew up with and have moved away from the religion of their parents. Some have examined them and retained the religion of their parents. Some haven’t thought about their religious views much. People are often not willing to examine their religious beliefs let alone compromise on them. Others do hold religious ideas less dogmatically, though, viewing them as basic principles that are open to some revision. They, might, for example, remain adherents of a religion because of the value they find in the religious ritual or religious experience, or the benefits of community.

Though religious beliefs are among the beliefs held most dogmatically and moral ideas are often tied up with religious dogmatism, these are not the only beliefs that are held dogmatically. Some political beliefs or basic moral positions (separate from religious ones) are held without much justification ever provided. In the United States, many people think that the country is the best, most free country in the world, or in world history. Regardless of whether it is true, few people attempt to justify the belief in any detail. Those who do clearly don’t do so by pointing to the wellness indexes of the UN such as average life expectancy, the average educational level, the results of average happiness studies. None of those indicate that life in the U.S. is superior to that in other countries. They also rarely make use of in-depth cross country or cross-historical arguments. Doing so would require specifying clearly what the criteria for greatness  is. This political view, like a religious view, can be held dogmatically. Reflecting on the view can teach us something, but there is often hesitancy to reflect on it, because to do so may be viewed as unpatriotic, or it will simply goes against the cultural grain, and we are uncomfortable to take a minority stance. Identity issues are tied up with some of our basic beliefs about religion and politics. This makes movement on those issues particularly cumbersome.

As mentioned, philosophers have long indicated that different domains allow different levels of certainty and different criteria for justification. Contemporary philosophy has long moved beyond searching for absolute certainty for most of our beliefs. Instead, philosophers, like the pragmatists, have developed views that while it is important to seek justifications for beliefs, we do need to have justifications that are absolutely air tight. Indeed, we cannot. Yet that does not mean that any belief is just as a justifiable as any other. John Dewey, an American pragmatist of the early 20th century, argued that we should look for “warranted assertability.” For this, we need to consider what kind of evidence applies to the domain under question and try to figure out what the right amount of evidence for that domain is. This, of course, is a difficult task. But as thoughtful and serious people, it is a task that we cannot avoid. To do so would essentially to affirm a willed ignorance about various domains about which rational reflection and the use of evidence-based reasoning could help us to develop some reasonable beliefs.

Knowledge is generally thought of as a kind of true belief. But of course, we could have a true belief serendipitously. We might have been taught something true and believe it even though we do not know why we believe it. In alignment with the philosophical desire to understand the world and to understand the reasons for beliefs and to form beliefs responsibly, it is perhaps more appropriate to view (theoretical) knowledge as consciously justified true belief. But this description too might only work as a guide rather than as a hard and fast definition, since much purported knowledge cannot be known to be absolutely true. One of the values of philosophical reflection is that it can help us to gain greater clarity about appropriate forms of evidence for beliefs and to grasp why we might hold something to be true (and even provisionally call it the best knowledge available), given the state of evidence that we have, without clamoring to the view as dogma.

Twentieth century philosophers from John Dewey and Charles Pierce to Karl Popper have emphasized the wisdom of revising our beliefs in light of new evidence that we find. Pierce develops a position known as fallibalism that is also later developed by Popper. Pierce’s view is that knowledge grows as we formulate positions and develop beliefs that are open to being disproven or improved upon and that we revise those views in light of evidence we gain. Pierce’s article The Fixation of Belief highlights the value and wisdom of such an approach, which, in stark contrast to dogmatism, is open to correction.  The lack of certainty that we have in various domains thus does not condemn us to absolute relativism — the view that any view is as good as any other. But because our accepted beliefs are not shown to be absolutely certain, but only the best ones given the available evidence, we might speak of “truth” with a small “t” rather than a capital “T.” This attitude expresses humility — an acknowledgement of the difficulty of the questions being posed.

Pierce thinks that at least when it comes to scientific views, the evidence is always strong enough to point to a best answer. He calls the reasoning to this best explanation abduction. Various theorists apply this term to domains outside of science. There is some debate among philosophers of science about whether it is always possible in the domain of science. There is even more debate about whether it is possible in other domains. Is there a best single answer applicable to all people to all questions of applied ethics or to all questions of the spiritual or religious life?

If there is not one best answer to all of the kinds of questions philosophers ask, we could ask what value there is to asking those kinds of questions at all. One answer as to its value might return us to Socrates’ dictum: We might see it as valuable for providing us with the possibility to know our own minds, to gain greater clarity about our own values — in short, for facilitating self-knowledge that can improve our lives or at least allow us to direct our own lives? Even if in some domains (like religion or ethics) do not in every case provide us with universally acceptable answers, or clearly best answers, might there be a value in reflecting on what some of the reasonable answers are? We will likely at least learn what some really bad answers are. And might the reflection at least facilitate us in better deciding the things that we, individually, find worthy to care about and the beliefs we find worthy to pass on?

Go to the next chapter

Belief (For a very deep dive into questions of belief, check the Stanford Encyclopedia of Philosophy article) 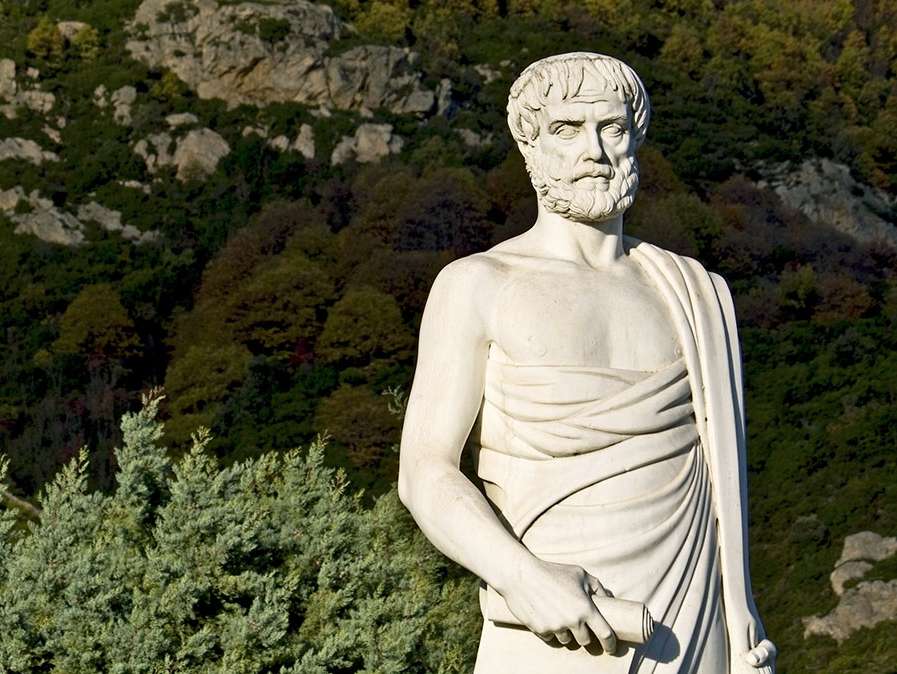 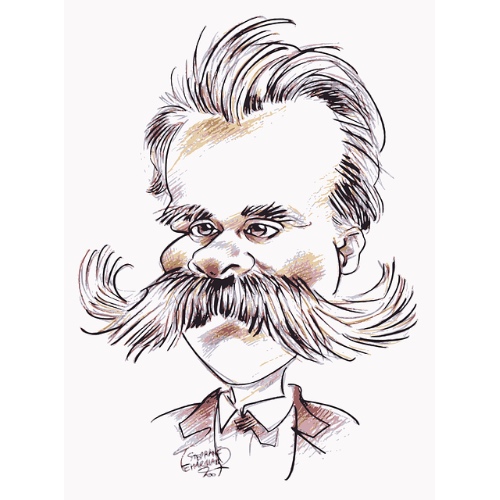