Trump’s failed court actions after the 2020 election underline that he lost the election. His claims of fraud have now been examined by the courts and rejected. Election officials have had a chance to more deeply scrutinize the election. Recounts have shown, once again, that Biden won. It’s common to expect that faced with this evidence the Trump supporters would acquiesce and accept the legitimacy of the election. Some would think that even Donald Trump would. Trump’s supporters should be able to grasp that the allegations are empty — or at the very least have been shown to be wrong. Those more optimistic might even think that when we see that Trump has fired Christopher Krebs, the director of the Cybersecurity and Infrastructure Security Agency of Homeland Security, apparently for circulating the a multi-agency document that emphasized that this election was “the safest in history,” Trump supporters might also suspect that Trump is attempting some kind of cover up. Or they might conclude that the whole post-election protest by the Trump team is some kind of charade. While these would be a reasonable expectations, this in fact is not what happening.

What’s happening instead is that elements of Trump’s base are doubling down on their false beliefs. We don’t yet know how many may be completely entrenched, but we can be sure that some will be. Some philosophers and behavioral psychologists call the phenomenon that we are witnessing the “backfire effect.” This is the phenomenon that arguments and disproofs of a person’s beliefs in some cases lead to the person becoming even more convinced of the false beliefs than they were before seeing the counter-evidence. This can in part be explained in reference to the well-known heuristics of consistency bias, which explains behavior motivated by the desire of individuals to view themselves as consistent. In light of all this, once we have a belief (or at least once a certain kind of person has a belief), it is pretty common to rationalized away any evidence that contradicts that belief rather than to re-evaluate the belief that is challenged. This is exacerbated by the fact that not rarely a belief is tied into a network or system of other beliefs against which it makes sense. If we pull one link out of the system, the entire system may seem to weaken.

In the case of the Trump supporters, we find that many are already suspicious of the “deep state.” Many voted for Trump because he tells a different narrative than the traditional career politician. Against this backdrop, when confronted with evidence that the courts dismissed the court cases, they disregard the evidence, while paying attention to hints and suggestions that confirm their already accepted beliefs (here affirming their confirmation bias). Or more still they will interpret the court rejection of the allegations of fraud thus not as evidence that there was no fraud but as evidence of the truth of their original suspicion of the courts. Similarly, they interpret the fact that “lifelong politicians” like governors and lieutenant governors or election officials, after review, still don’t acknowledge that Trump is president not as indicating that Trump’s claims were unsubstantiated but as indicating that Trump is correct when claiming that career politicians and bureaucrats are what’s wrong with this country. So, too, many in Trump’s base will interpret the fact that Trump fired Krebs not as a sign of a nefarious cover-up of the election, as the Left maintains. Instead, they read it as a sign that Trump alone is the one who will actually take action against the deep state that Krebs and others are a part of.

Contrary to expectations, then, Trump’s second failure — his failure with the courts and the state legislators — doesn’t have the affect on some of his base that it would have on people who were open to the honest evaluation of evidence. Instead, the antics work. He repeats the false claims and has a forum to do so for a longer period of time. The further scrutiny that should convince people that there really is no doubt that Trump has lost the election actually leads to the opposite result. Some of his base believes more firmly than ever that he won. 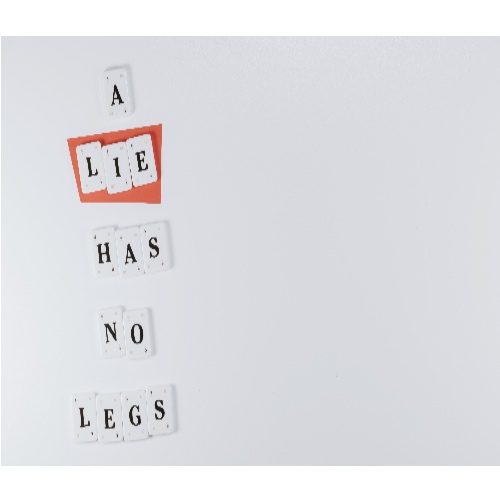