Many philosophers of science since Charles S. Pierce have touted fallibilism as basic to the methodology of science. Writers on conspiracy theory also often note that the views of conspiracy theorists are not fallibilistic or falsifiable. But people can mean various things by these statements. Here I briefly describe a couple of the different ways that beliefs are described as unfalsifiable or non-fallibilistic.

In Pierce’s philosophy, fallibilism is a basic principle needed for science. Pierce, like Karl Popper, after him, thought that science did not progress so much by the formulation of theories that would be confirmed and then ever more accepted as true. Instead, science proceeds as we gather evidence and develop explanatory theories on the basis of that evidence that we maintain as fixed beliefs as long as no strong disconfirming evidence overturns the beliefs. In “the Fixation of Beliefs” Pierce describes the route toward knowledge in this way. His view is not that we gain truths that we can know will once and for all will remain true. Instead, we need to embrace science as a method of inquiry and fix our beliefs using the scientific method until that method leads to evidence that shows the flaws of our accepted theory or until a new theory emerges that somehow better explains the existing evidence. He essentially affirms that we should give up Truth with a capital T and affirm truth with a small t. Knowledge progresses as we adopt a non-dogmatic stance toward evidence and revise beliefs in light of newly discovered evidence. In this context, Pierce proposes the concept of abduction. This is the logical/scientific procedure whereby we come to affirm a theory not that we know is indubitably true but that is the best explanation of the available evidence. Scientific investigation may not bring us the apodeictic certainty Descartes had hoped for. But it offers us a guide that is useful for our given pragmatic concerns. In this, it is possible that we will come to some settled views, but we cannot be entirely sure which ones those are.

Karl Popper works along these lines in his Conjectures and Refutations (1968) In his writing on science, he also proposes that all real scientific statements must in principle be constituted by falsifiable hypothesis. This is one of the main characteristics separating science and pseudo-science and metaphysics. Pseudoscience like metaphysics fails by proposing hypotheses that are not really amenable to counter-evidence. These sorts of statements are just untestable. One example is the belief that God is infinite. What would be the evidence that God is or isn’t infinite? One might ask how we, with finite minds, could judge whether any other mind is infinite. That may seem to disconfirm the hypothesis. But in fact, this wouldn’t mean that God isn’t infinite. It would just mean we wouldn’t have the means to know even if He was. For Popper such statements cannot be accepted as knowledge claims. Certain psuedo-sciences also are based on first principles that are not testable or falisifiable. Those too should be rejeted.*

This is basic background to an understanding of fallibilism. But in fact, in many cases in which beliefs are said to be non-fallibilistic something different is meant from what Pierce or Popper tend to describe. The literature on conspiracy theories provides us with an example. When scholars maintain that conspiracy theorists have beliefs that are not falsifiable, they don’t mean that the statements themselves could not be falsified. They mean instead one of two things: Either the conspiracy theorist will change the meaning of the terms so that despite all appearances the conspiracy theory still stands. Or the conspiracy theorist will not accept any reasonable standard of evidence as disconfirming his or her belief. One example of the first strategy is offered by Sean Spicer in his earliest statements about the crowd sizes at the Trump inauguration. While this isn’t necessarily a conspiracy theory, it might be said to fit into a kind of “reputational conspiracy” of the Trump administration to convince America of its glory and grandeur despite all appearances. In any case, in the very first press conference of the Trump administration, Sean Spicer claimed “This was the largest audience to ever witness an inauguration — period — both in person and around the globe.” When pressed it was clear that he meant that the inauguration crowd at the Washington Mall was larger than the one at the Obama inauguration or any other in history. The Trump administration even doctored a photo to try to make the point, and they largely continued to insist on this. But on one later occasion Spicer proposed that this statement about the inauguration crowd was meant to include TV viewers. The statement logically did entail this possibility. After all he said they “in person and around the globe.” So although Trump and his administration largely simply continued to deny the evidence when faced with any that showed the smaller crowd size at the Trump inauguration, still when pushed into a corner, the administration and the Trump supporters could refer to the TV and even social media audiences. The statement then might be true. But the difficulty was in having any accurate data with which to evaluate the statement.

If we look more directly at the last of the Trump conspiracy theories–that there was massive fraud in the 2020 election, we see something else going on though, namely the second type of rationalization process I mentioned. For many, their belief that the Democrats were involved in massive election fraud in 2020 is unfalsifiable. Here, however, the belief is maintained in the face of all counter evidence not with sliding definitions of terms but by denying the legitimacy of any of the realistic evidence that might disconfirm the statement. For these conspiracy theorists any source provided to dispute the fraud allegation is challenged, regardless of how reliable. And by contrast, nearly any evidence supporting the claim is accepted, regardless of how dubious. Here, the statement that there was massive voter fraud is not unfalsifiable on the face of it. There is reliable evidence to show there was no such fraud. Nonetheless, because no reasonable evidence is accepted, a statement about fraud that is in principle falsifiable becomes a statement about fraud that de facto is not.

For more on an earlier related discussion see The Election Recounts and the Backfire Effect on Trump’s Base.

*Popper, for his part, also strongly questioned Freudian psychoanalysis and Marxism for being pseudo-scientific but for slightly different reasons. In his (I believe mistaken) view, first principles of both theories were just dogmatic assertions, not testable and not falsifiable. 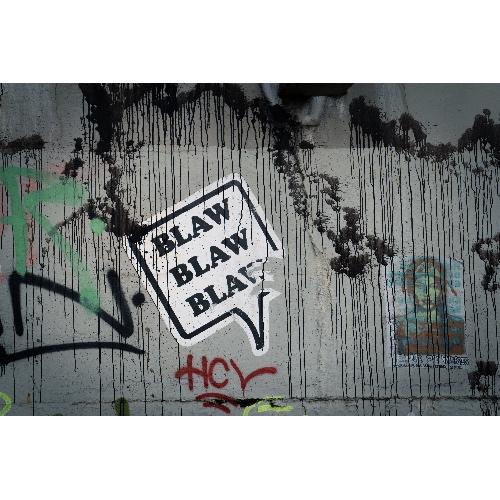