The history of Western philosophy is generally taught with an emphasis on how philosophers upset uninformed prejudice and encourage individuals to think for themselves. Socrates, long presented as the archetype of the heroic philosopher, is thought to embody such critical reasoning. He stands in opposition to the thoughtless acceptance of views of justice and knowledge of the Ancient Athenians as well as their gods, and he participates in rational dialogue that is to allow the penetration to the truth about such concepts. Adding even greater nobility to his search for truth, he is willing to sacrifice his very life for his convictions. In Plato’s “Allegory of the Cave,” in Book 7 of the Republic, Plato also immortalizes a similar vision of the philosopher. Plato asks us to imagine people trapped in a cave, starring at a wall in front of them, but enchained and unable to turn or even to move their heads to see behind them. In the cave behind them is a fire behind a smaller wall. From there, with the light of the fire, individuals project images onto the wall. Yet those enchained in the cave know nothing of the fire or the real objects that project the shadows that they see. They know only the shadows on the wall in front of them. One individual, however, is released from the chains and eventually leaves the cave and comes to see the real world outside (identified in the standard Plato interpretation as signifying the eternal truths of Plato’s “forms”). This archetypical philosopher comes to understand the world inside the cave as one of illusion, as he has perceived the truth of the world outside of it.

Both of these narratives suggest the possibility of a world in which indoctrination is overcome. Critical reasoning allows one to overthrow the beliefs into which one has been inculcated or indoctrinated and to develop true views. In short, the result of education on this traditional view is that it allows an individual to overcome his indoctrination. Throughout Western history, most have viewed these narratives as offering something of an archetype of the goal of philosophy. A question that plays out though is how much of a system one is able to build up to replace the deconstructed one.

Throughout the history of Western philosophy there have always been skeptics that we can really achieve the truth that Plato suggests is possible in his allegory. Looking at Socrates’ life, we in fact see very little in the way of a system. Is Socrates himself more of a deconstructionist and skeptic, who shows the distortion of the generally accepted views without offering a coherent system to replace those views with? Such a reading isn’t uncommon. In this reading, though, education still isn’t indoctrination. It is a kind of unschooling. Socrates – who we might see as sympathetically reflected in a certain postmodern skepticism – teaches us not to be duped by system makers. Indeed, similar skeptics early on took over Plato’s Academy, the school he had established for philosophy. They fashioned themselves on Socrates more than on Plato, the system builder.

On the other, hand, however, we do have Plato, who develops an intricate in some ways fantastical philosophical system, one that he claims any rational person should agree to but to which virtually no rational people today would agree to. In teaching that system, does Plato become an indoctrinator? In part, it appears so. But what in some ways sets off the Western tradition of philosophy from some other wisdom traditions is an explicit goal, early formulated, that philosophers should question all presuppositions, not merely become adherents of particular schools. So when any new system is established, the goal of philosophers is also to question those presuppositions. Many generations of school masters after Plato did in fact indoctrinate people into his system. The influential “Platonic” teachings however did not inculcate people into an unbending system. Plotinus is not Plato. Nor is Augustine. Each of these later Plato-influenced thinkers in some ways critically built upon Plato’s system, assimilating new ideas into their new systems. Did these become doctrines? Was the teaching they did indoctrination?

The answer to this question hinges partially on how we define indoctrination. But Western philosophy does continually attempt to get at the roots or foundations of ideas. This radical critical focus is integral to it’s very identity. It takes on different forms throughout the history of philosophy. Descartes, as the reputed Father of Modern philosophy was thought to upend the Platonic Aristotelian traditions that preceded him. Kant’s critiques aim at elucidating the structures of the rational mind that are formative for all experience. Marx after him attempted to get at an even more radical critique, examining the social forms of existence that play a role in shaping our own structures of thought. Getting at the details of any of these views is more than can be done here.

In “The 18th Brumaire of Louis Bonaparte,” however, Marx made a now famous statement that is relevant for this reflection. “Men make their own history, but they do not make it as they please; they do not make it under self-selected circumstances, but under circumstances existing already, given and transmitted from the past. The tradition of all dead generations weighs like a nightmare on the brains of the living. And just as they seem to be occupied with revolutionizing themselves and things, creating something that did not exist before, precisely in such epochs of revolutionary crisis they anxiously conjure up the spirits of the past to their service, borrowing from them names, battle slogans, and costumes in order to present this new scene in world history in time-honored disguise and borrowed language.”

We are born in a world already inhabited not only by ideas, as Hermeneuticists and others in philosophy who have made the linguistic turn have noted. But we are also born into the world where institutions and processes are at work, where laws and authorities exist to force us into certain roles, where then on the basis of those workings only certain ideas are really entertained. Education in such a world is not from scratch. It exists in a power relationship to force people into submission through various means – education, policing, or what have you.

The ideologies impress themselves upon us, in concrete ways today, as school boards decide which text books are used and as governments decide what types of education to finance, how to finance them and so on. Indoctrination is ongoing. But those who think in the radically critical way can also question the presuppositions of the ideas of their society, but in line with Marx’s radical critique, also the presuppositions of operating logic of the institutions of power in a society. We are not bound, as masters of indoctrination would have it, merely to repeat the past – caught in a cycle of the eternal recurrence of the same. To the contrary, we can move forward with critical intelligence. But we will do so in part drawing on the past that has formed us. The ideas and institutions that have come to us preformed present us with limitations but also with enabling conditions – that allow us to move beyond themselves and provide tools for thinking both radically and creatively. 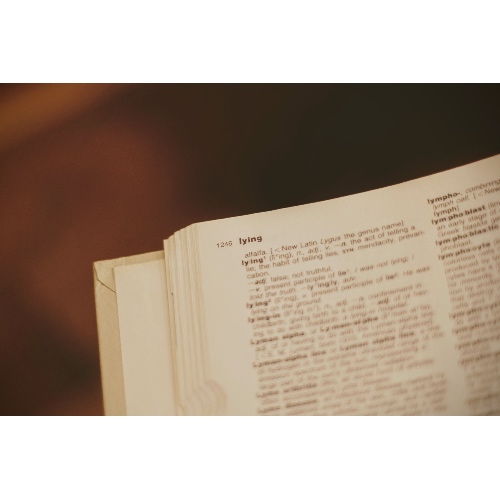